A large number of studies have utilised neuroimaging to investigate developmental stuttering; a total of 111 studies were included in this review. Overall, the literature showed that “there are widespread functional and structural brain differences between [adults and children] who stutter and their fluent peers”.

What specifically did the results show?

Results were inconsistent across studies, but several patterns emerged from the literature: 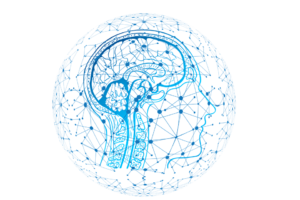 Is this strong evidence?

A systematic review forms the highest level of evidence, as authors systematically search and appraise all relevant literature on the selected topic.

Positron emission tomography (PET), functional magnetic resonance imaging (fMRI) and near infrared spectroscopy (NIRS): These techniques indirectly measure brain activity during speech tasks. They measure brain activity through the flow or magnetisation of blood. fMRI has the highest spatial resolution, i.e., it shows the clearest and most accurate image. These techniques are able to pinpoint precise regions in the brain that are activated during specific tasks. Contrastingly, they have poorer temporal resolution, meaning that the images may be delayed as it takes time for blood to flow to activated regions.

Transcranial Magnetic Stimulation (TMS): TMS is commonly used to probe “cortical excitability of motor areas” at specific time points. Excitability refers to how neurons respond to the electrical activity in the brain, which allows neurons to communicate. TMS can also be used to create temporary “virtual lesions” to test for their impact.

Magnetoencephalography (MEG) and electroencephalography (EEG): MEG and EEG use high temporal resolution to directly measure electrical currents occurring in brain. This means that they are able to efficiently track brain changes in real time. EEG takes measurement from the scalp, while MEG taps into a different magnetic field that is slightly above the scalp.

See Brain Basis of Stuttering for another summary of brain differences in people who stutter.