“Stuttering was associated with reduced earnings and other gender-specific disadvantages in the labor market.” – Gerlach et al., 2018

This study utilised survey data collected as part of the Add Health study, an ongoing longitudinal study following individuals living in the United States from adolescence through to adulthood.

Labour market outcomes include things like annual earnings, levels of unemployment, and underemployment (this refers to people who are working at a lower level than they are qualified for, or are working fewer hours than they would like). Such outcome measures were compared between 261 individuals who stuttered (92 females and 169 males) and 13,303 individuals who didn’t stutter (6,988 females and 6,315 males) in adulthood. Outcomes for this study were extracted from the 4th wave of the study, where participants were an average of 30 years old. 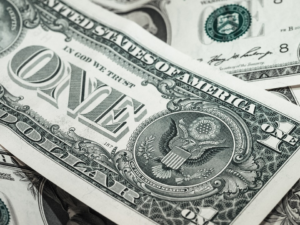 What did the study show?

What is behind the earnings gap for those who stutter vs those who don't stutter?

In males and females, there were different reasons for the earnings gap, as highlighted below:

For males who stuttered:

For the females who stuttered:

It is important to note, that this study's results are based on observational data and therefore we cannot rule out that other factors, not measured in the study, are also driving the association between stuttering and earnings.

How do these results compare to the similar UK based study (McAllister, Collier & Shepstone, 2012)?

Results from this study contrast earlier UK based results, which only showed an association between stuttering and job socioeconomic status, but not earnings. There are a number of possible explanations, which should be considered when interpreting results from these two studies:

Both of these studies provide a valuable contribution to the literature and increase our understanding of the impact of stuttering.