Insights into the everyday experiences of people who stutter

We are very excited to announce the publication of our new paper: “Self-reported impact of developmental stuttering across the lifespan” in Developmental Medicine & Child Neurology.

Through our Genetics of Stuttering Study, we have collected a wealth of information from people who stutter (PWS), about the nature and impact of stuttering. Our new paper describes the lived experiences of the first approx. 1000 people recruited to our study. 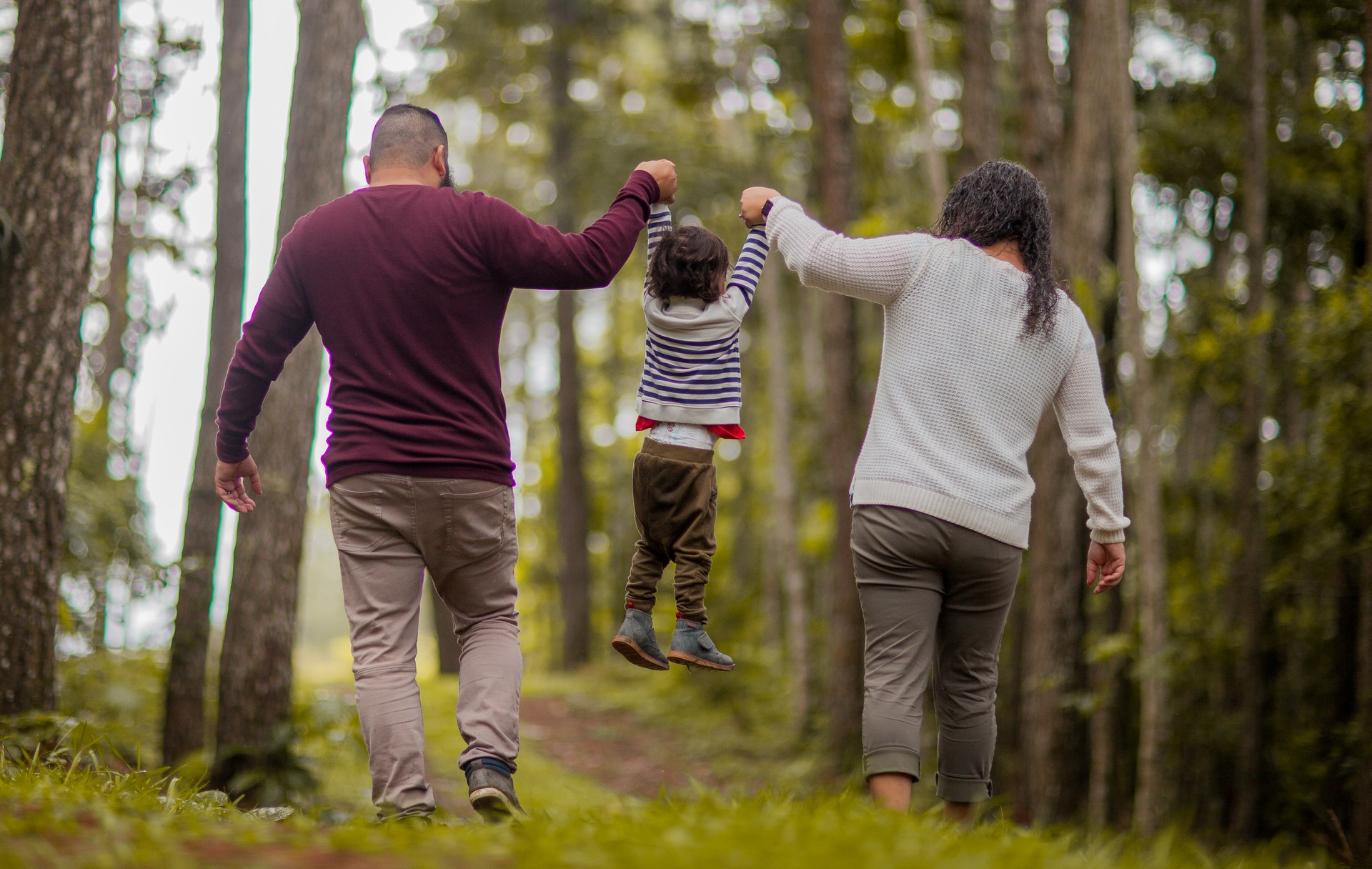 So, what did we find?

We had information from 852 adults, and 135 children. We know that stuttering is more common in males, and so it was not a surprise that we have more males taking part in our study compared to females (70% vs 30%). Most people said that their stutter began between the ages of 3 and 6 years. Half of people surveyed reported a family history of stuttering, giving further support to the role of genetics in stuttering.

What does it mean to have a stutter?

Stuttering can take the form of repetitions, prolongations of sounds, or blocks, where no sound comes out at all. Blocks were the most commonly reported stuttering type in our study, but the majority of people experienced multiple types of dysfluencies. Many people said that due to their stutter, they avoided saying certain words (reported by 81.5% individuals) or had a tendency to begin to speak and then give up (reported by 60.5%). Many PWS in our study also reported physical responses to their stutter, such as grimacing and blushing. 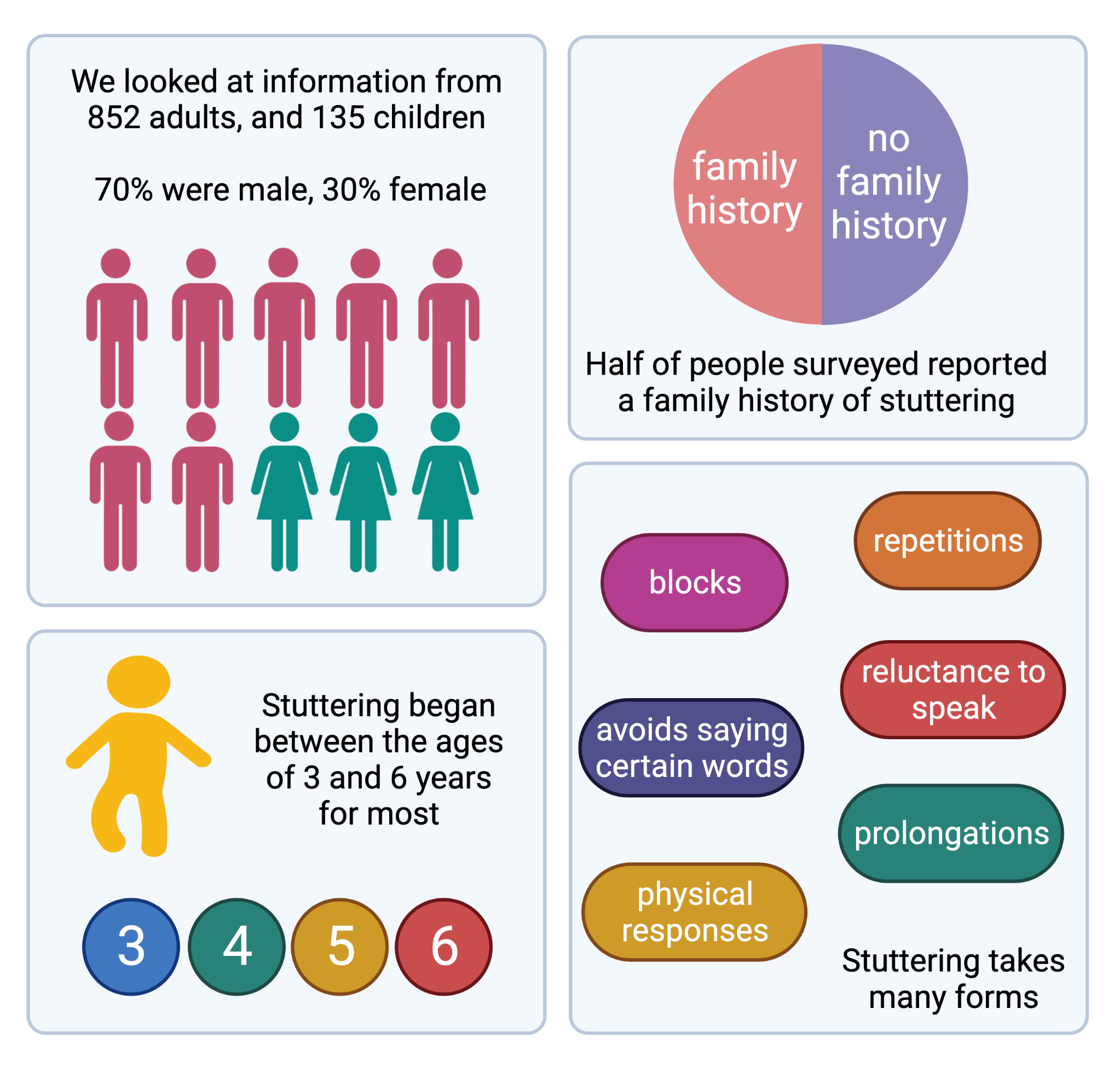 Created with BioRender.com by the Genetics of Stuttering team

How does stuttering affect people’s lives?

Importantly, we wanted to find out more about the impact of stuttering on people’s lives.Three quarters (76%) had sought some kind of therapy or treatment for stuttering. A huge 90% of adults reported that stuttering made them feel some level of anxiety, and 80% felt their stuttering had been a barrier to education and/or employment opportunities. Those who self-rated their stutter as more severe, were more likely to report being more anxious in relation to their stutter.

This snapshot of PWS is the largest such survey carried out to date. The insights into the everyday experiences of PWS highlight the need for greater public awareness of stuttering, as well as the importance of social and emotional support for PWS, and effective treatment for those who seek it.

We would like to thank all study participants for sharing their experiences, and for their vital contribution to our research!

We are still recruiting people who stutter for our study - sign up here!

There are no comments