This study was nested within the Early Language in Victoria Study (ELVS), a large longitudinal community cohort based in Melbourne, Victoria. The results showed that that 65% of children who stuttered at 4 years had recovered by the age of 7. The recovery rate was similar for boys (60.7%) and girls (57.1%).

Who was more likely to recover? Girls who had stronger language skills (i.e., ability to u 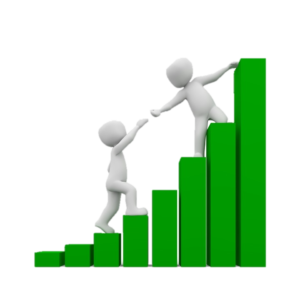 nderstand and use words) when they were 2 years old were more likely to recover from their stuttering by 7 years.

At 7 years, most children had language that was typical for their age, but those who had recovered from their stuttering still had better language than those whose stuttering was persistent.

There was no difference in non-verbal cognition, parent reported quality of life, temperament or psychosocial health for the children who recovered or persisted with stuttering at 7 years.

So, what does this mean? Results from this study suggest that there is a relationship between language skills and stuttering, particularly for girls. However the precise nature of this relationship is yet to be described in detail.

While more than half of this study population recovered from their stuttering by 7 years, a large proportion continued to stutter. People in this group had a “persistent stutter”. The reasons for this are yet to be definitively identified.

Is this strong evidence? This study reported results obtained from a large prospective community cohort. This is a strength of the study, as participants are more likely to be representative of the general population. Particularly in contrast to clinical cohorts where participants are recruited from more biased clinical settings.

Posted in New Research, Research from the team, Stuttering Research